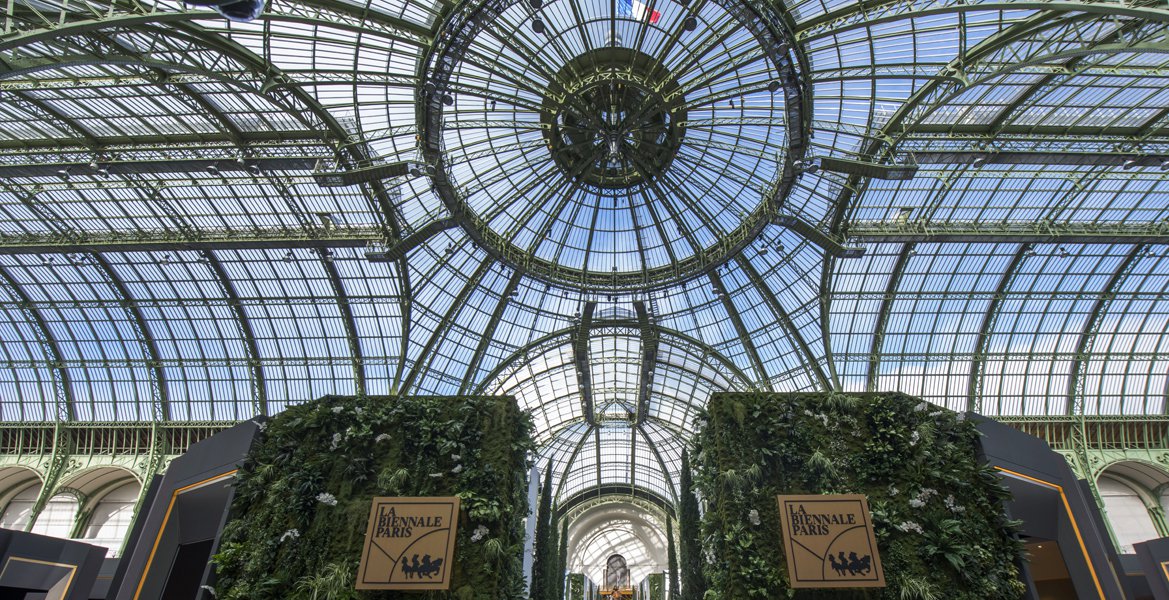 At the heart of the Grand Palais Paris is its emblematic Nave where your eyes are inevitably drawn towards its glass roof, the largest in all Europe. Wondrously light and graceful, this masterpiece of engineering and proportions has a steel structure largely concealed by stone walls, while its glass vaults are a majestic feature of the Paris skyline.

Since 1900, it has staged art exhibitions and countless events on an epic scale. Dedicated initially to the fine arts, the Grand Palais is inseparable from the history of Western art, which it has contributed to fashioning. Its walls still resound to the sound of celebrated scandals, most notable of which was the wild beast cage (the “cage aux fauves”) when, at the 1905 Autumn Show, the more reactionary critics were shocked by the bold chromatic statements of Matisse, Braque and Derain.

Though it was originally intended for the fine arts, the Grand Palais has staged a very wide range of events mirroring the twentieth century with its adventures, pioneering, and audacity: a century during which the most futuristic imaginations were embodied in innovations like automobiles, aircraft and radio transmission.

Since the Nave reopened in 2005 it has again been heavily used for temporary shows and exhibitions, in keeping with the gigantic volumes available. Run since January 2007 by a new governing body, EPGPCE, the programme of events in the Nave has been guided by two essential values: excellence and style.