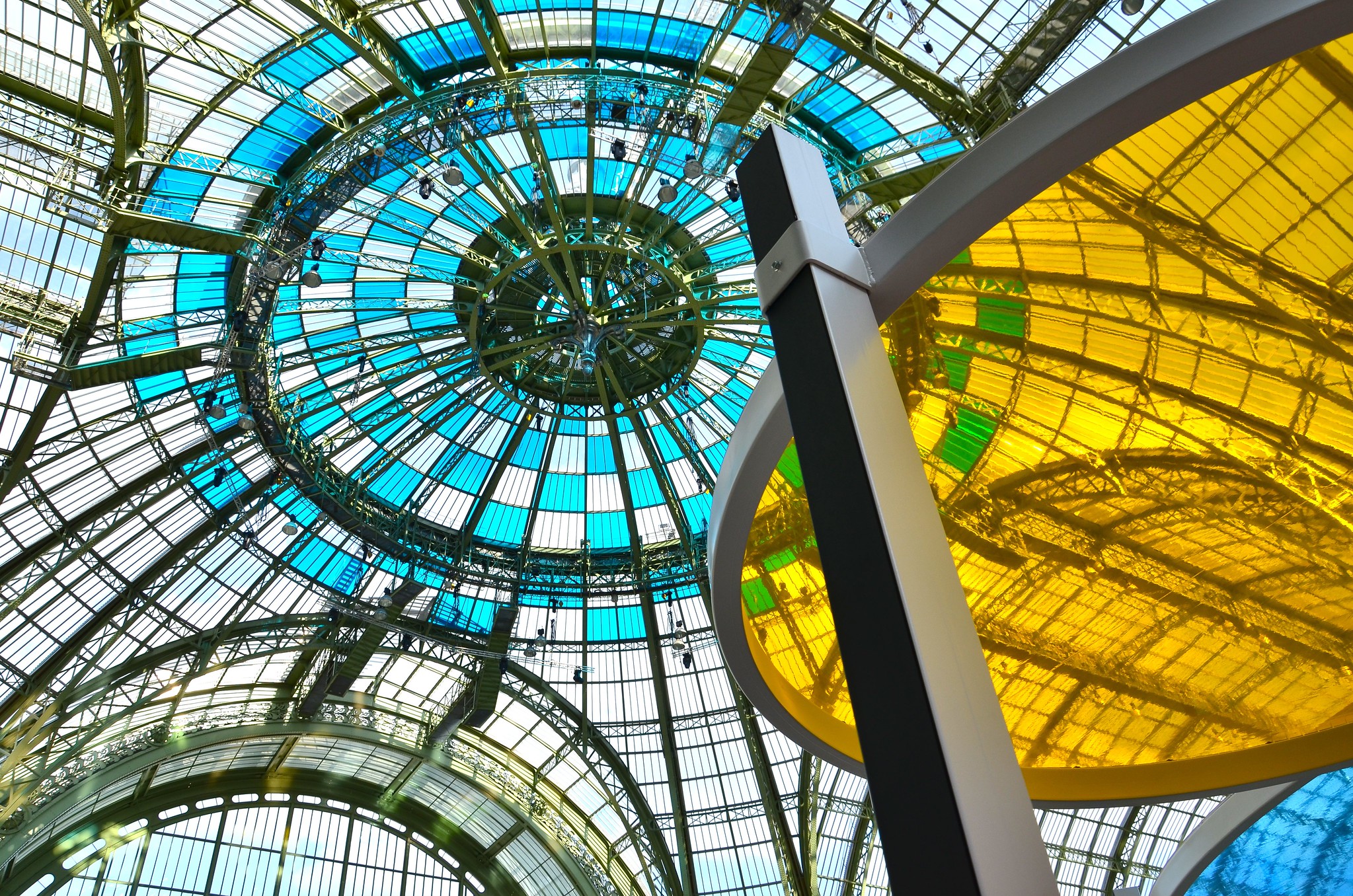 The Grand Palais was competed in just three years, in time for the opening of the Universal Exhibition, which was a huge challenge and the construction site was of epic proportions. Yet despite a number of nasty surprises and delays, construction was completed right on schedule. The result was a triumph: a true architectural feat combining highly dissimilar materials: steel, stone and glass.

Although trial holes were bored to test the resistance of the soil it was only when work began on the foundations that it became apparent that the land on the Seine side of the building would not support the weight of the building. There was no choice but to build on piles: 3,400 oak piles were used, but the whole project was delayed by eight months, and costs overran significantly.

The edification of the steel framework involved dizzying quantities: 8,500 tons of steel were used, compared with 8,000 for the Eiffel Tower: the Grand Palais was one of the first buildings to deploy steel over such a large area.

The finishing touch was provided by the decoration. Forty contemporary artists of their time were selected by the architects to execute a large number of statues, polychrome friezes in mosaic and ceramic, while ornaments and monumental groups provided the final embellishments. Though the facades tended towards Classicism (the colonnades being reminiscent of the Louvre, for example), the sculptures were unequivocally baroque. The most remarkable are Georges Récipon’s famous quadrigas decorating the corners of the main facade: Harmony triumphing over Discord, on the Seine side, and Immortality outstripping time.
Finally, the facade inscription proudly proclaimed the mission and ambition of the Grand Palais: “This monument has been dedicated by the Republic to the glory of French Art”.