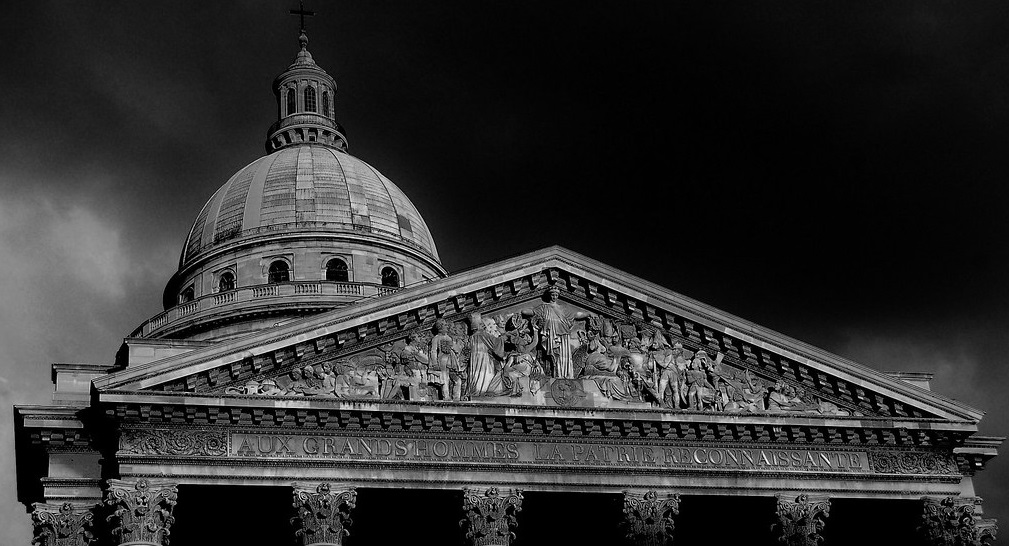 Pantheon is a Latin term referring to a tomb of many gods.

A Brief History of the Pantheon in Paris

The Pantheon in Paris a good example of a neoclassical structure. constructed at the order of King Louis XV who at that time was sick and as a gesture of good faith and wanting to be well commissioned it. The construction of the Pantheon in Paris started in 1758AD by a famous French architect of those times called Jacques-Germain Soufflot but he later died in 1780 AD and his student Jean-Baptiste Rondelet completed it in 1790AD before the French revolution had gained much heat. Originally constructed to serve as a church in honor of St. Genevieve it was later to be changed to a modern Mausoleum in which the remains of the French elite lie. The Pantheon in Paris has it is structured borrowed from the Pantheon in Rome but its interior has Grand Gothic Cathedral feel.

Why should you visit the pantheon in Paris at night?

France hosts a lot of beautiful architecture, it is hard to compete with the Eiffel Tower and the Arc De Triomphe but still, the Pantheon in Paris stands out as it watches over the Latin quarter of Paris. It is hard to deny that it is one of the most impressive structures of the neoclassical times.

Its structure is of stone and marble with an inscription at the entrance “To great men, the grateful homeland “.inside it has 22 Corinthian inspired columns with mosaic decorations also in the interior and painting scenes from the French history. Inside the pediment are sculptures done by Pierre Jean (1).

The mood is just right for a date, there are hallways leading to vaults where the elite are buried, Victor Hugo, Alexandre Dumas, Jean Maulin, and Pierre Curie are some of the elites whose bodies lay here in the large crypt that covers almost the whole surface of the building. It is somehow a spooky sight, but hey what’s a date in Paris without a little bit of thrill. Just hold on to your partners’ hands and enjoy the walk to the French rich history.

A trip to the Pantheon in Paris wouldn’t be complete without one going up to the Dome, it’s a 267 steps journey but totally worth it because as you go up you can’t help but awe at the beauty of Paris the city of love and romance.The dome has a lantern tower which goes up to a height of almost 83 meters, it also filters some little light into the center of the sanctuary bringing about a spooky Gothic feel and also an amazing scenery at the same time.

Apart from the romantic touch the Pantheon in Paris also provides a learning opportunity about the french history and also one is able to see the Foucault set up by a physicist Leon Foucault in 1851 to demonstrate the rotation of the earth.

Imagine a date and a bar up on your French history knowledge the Pantheon in Paris is truly a sight.