💡 Tip: Save time and money with Paris City Cards:
View Discounts
Skip to content
Things to do in Paris / Attractions in Paris / Louvre Museum & Pyramid 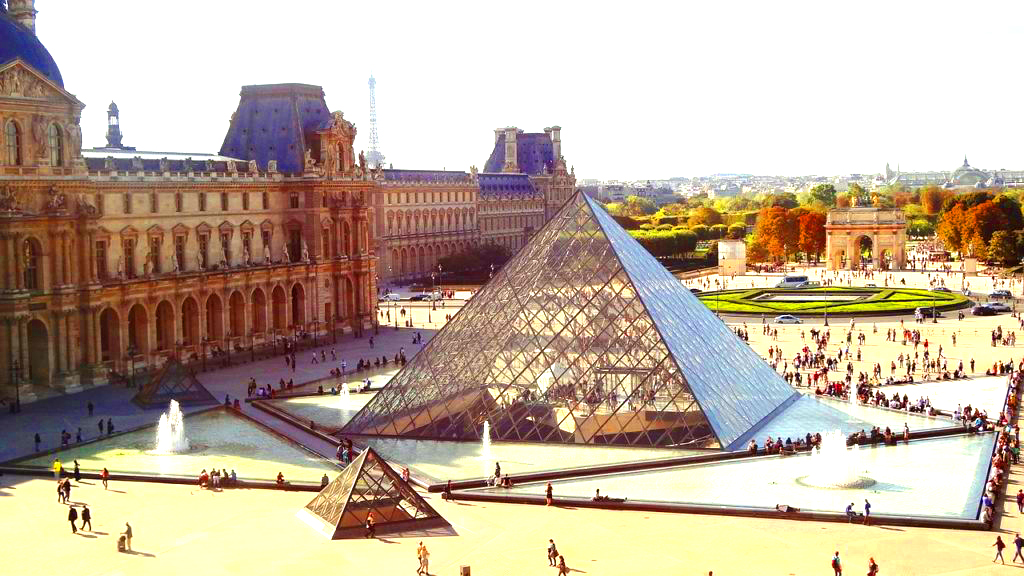 The Louvre in Paris (Musée du Louvre) is France’s largest national museum. Of all the museum’s in the world, none has more annual visitors than that of Paris’ Louvre. For any first time visitor to Paris, the Louvre Museum will no doubt be at the top of your must-visit destinations while on your trip.

Starting out as a simple fortress of Philip II’s back in the 12th century, it was passed down through French royalty. You can actually still see parts of the original fortress at the Louvre. In 1546 Francis I decided to add an additional royal home in the spot and had most of the fortress razed. King Francis I’s private art collection included the Mona Lisa.

In the 17th Century, Louis XIII and later Louis XIV made major improvements to the structure and continued to add art. Louis XIII’s Chief Minister, Cardinal de Richelieu found some of the world’s best artwork for the King. Louis XIV continued to add to this collection. When the Palace of Versailles was chosen to become Louis XIV’s main household in 1672, the estate ceased use as a royal home and was used to show off the King’s exquisite art and sculpture collections.

In 1973, the Louvre went on to become a national French museum housing the royal collection for the world to see. Today, the Louvre has over 30,000 pieces of art on display and over one million pieces in its total collection. One can see pieces of art from times of Antiquity all the way through the mid-nineteenth century in the Louvre’s diverse collection.

While Mona Lisa by Leonardo da Vinci is the museum’s most famous piece (let’s face it, it’s the most famous piece of art in the world), some of the other famous pieces housed in the Museum are Michelangelo’s Dying Slave, the Nike of Samothrace and the Venus of Milo.

The Louvre is Made up of Three Wings

Of the three wings that make up the Louvre Museum, the Denon Wing is the most crowded; Paris visitors flock to the 1st floor to see the Mona Lisa. Masterpieces in the Denon wing include the Consecration of Emperor Napoleon I by Jacques Louis David and the Wedding Feast at Cana from Veronese. Michelangelo’s Dying Slave and Antonio Canova’s marble statue of Psyche Revived by Cupid’s Kiss are on the ground floor. The Winged Victory of Samothrace, a Greek statue of marble is another extremely popular attraction. It is displayed prominently in the atrium that leads to the Sully wing.

One of the main attractions located in the Richelieu Wing is the Code of Hammurabi, a large basalt stele from the eighteenth century BC, inscribed with the Babylonian law code. Paintings from famous master painters as Rembrandt and Rubens can be seen here. There is an extensive sculpture collection in glass covered courtyards.

This wing is the oldest of the Louvre. You can actually see the remnants of the Louvre’s medieval castle on the ground floor of the Sully Wing. There is a massive collection of antiquities with over thirty different rooms of Egyptian artifacts, sculptures, and antiquities. Aphrodite statue, or as its known ‘Venus of Milo’ is on the ground floor and is one of the highlights of the Louvre’s Greek collection. You will see here the famous Seated Scribe and a colossal statue of Pharaoh Ramesses II.

The modern addition of the Pyramid in the Louvre came with mixed reviews due to the sharp contrast between the modern design and the classical buildings which surrounds it. The Pyramid acts as the main entrance and lets natural light in downstairs. The Pyramid has grown people and gained acceptance as an intelligent solution to giving the museum a central entrance.