💡 Tip: Save time and money with Paris City Cards:
View Discounts
Skip to content
Things to do in Paris / Attractions in Paris / Eiffel Tower – Tour Eiffel 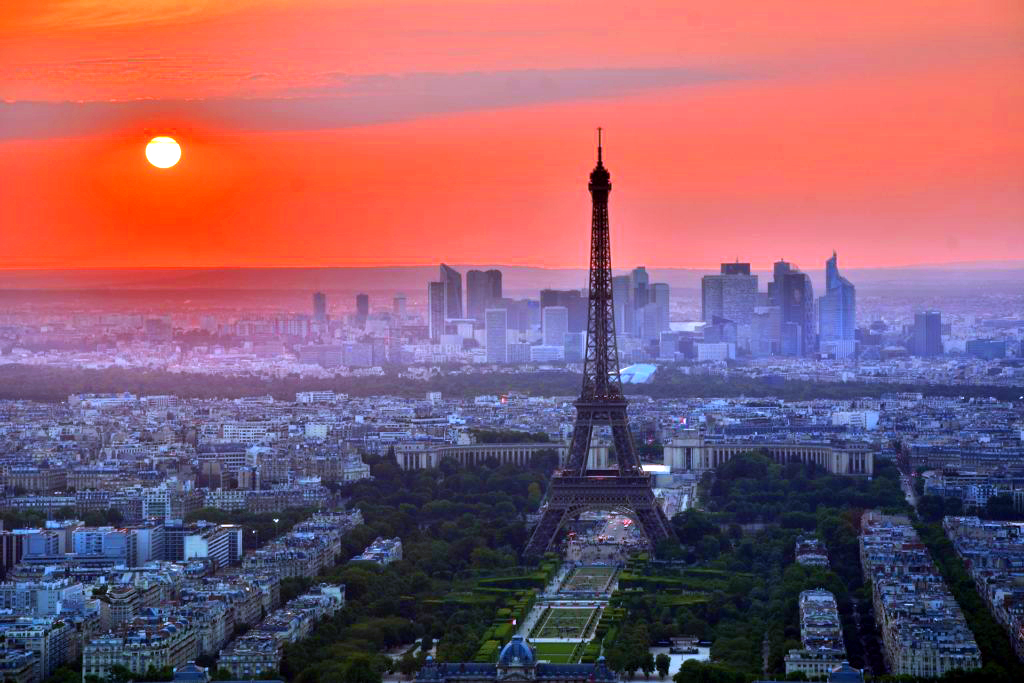 In 1889, in an effort of the French to show the world what “French Know How” as it related to metalic structures looked like, the La Dame De Fer (the Iron Lady) surpassed the expectations of all concerned and was a great success. For more than half a century, the Tour Eiffel remained the tallest building in the world.

The most well-known representation of Paris, The Eiffel Tower, or as the French call it “Tour Eiffel”, was also a breakthrough for its time in regards to building construction.

In celebration of the French Revolution’s centenary, the French government was putting together an International Exposition in 1889; and in order to build a monument fitting of the occasion, a design competition was held.

What was to become the Eiffel Tower was not just one of a few proposals, but one of over 100! The winner, of course, was Gustave Eiffel, a noted bridge engineer of the time who put together his proposal based from his advanced understanding of (from designing bridges) how metal arches and truss form under loading.

Mr. Eiffel’s design was both airy and light and at the same time, strong and was a revolution in architecture and civil design for the time period. Upon it’s opening in March of 1889, all concerns about its aesthetics were laid to rest as it was a beautiful structure.

The Tour Eiffel stands upon four lattice-girder piers which taper inward, combing together to make up a single large vertical tower. Connected together thru networks of girders at two levels, the piers are afforded viewing platforms where people can view around Paris. The four semicircular arches you can see at the tower’s base are just for looks and not for any kind of structural objective.

Stemming partially from Mr. Eiffel’s artistic side and partly from an engineering concern, the piers needed elevators to climb at a curve due to their particular shape. Assistance from the Otis Elevator Company in the USA was sought and the glass cage machines were designed and became one of the notable features.

The actual tower is 300 meters (984 feet) high. It sits on a base which is 5 meters (17 feet) high, and there is a television antenna a the top of the tower which gives it a total elevation of 324 meters (1,063 feet). The Eiffel Tower, when erected, was the tallest man-made structure in the world, not surpassed until the Chrysler Building was topped off in New York City in 1929.

The Eiffel Tower was constructed between 1887 and 1889 as the entrance piece for the Exposition Universelle, the World’s Fair which marked the centennial celebration of the French Revolution. Three hundred workers put together 18,038 pieces of puddled iron (a very pure form of structural iron), using more than two and a half million rivets, in a structural which was designed by Gustav Eiffel. Eiffel’s assistants on the project were engineers Émile Nouguier and Maurice Koechlin as well as architect Stephen Sauvestre.

Unlike modern skyscrapers, because the tower is an open frame without any intermediate floors except the two platforms, there was a great risk for the workers. But thanks to the great precautions Eiffel took towards safety, including the use of movable staging, guard-rails, and screens, during the two years, only one man died. The towers inauguration took place on 31 March 1889, and it opened on May 6 that year.

Gustav Eiffel’s permit was for the tower to stand for 20 years. It was due to be dismantled in 1909 when its ownership would transfer to the City of Paris. The City planned to tear it down but as the tower proved valuable for communication purposes, it was permitted to remain after the permit expired.

A funny story, the Novelist Guy de Maupassant, who always claimed he hated the tower, reportedly ate lunch in the Tower’s restaurant almost daily. When the writer was asked why; his answer was that it was the only place in Paris where he could escape from seeing the structure. Today, however, the Eiffel Tower is unanimously considered to be a great piece of structural art and is one of the first things which comes to mind when considering the city of Paris.

Today, it is the #1 attraction in Paris and the most visited monument in the world. Paris has many attractions and the Tour Eiffel (in French) stands above them all (both literally and figuratively).